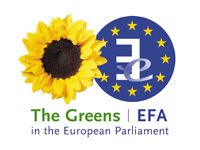 The 9th of February 2011, we applauded the third decision of acquittal in favour of Pinar selek, which was supposed to put a final point to almost 14 years of a « kafkaian » legal battle.

Last November, out of any expectations a judiciary « coup d’Etat » was staged by the same court. As a result, Pinar Selek is again facing a life sentence.
This new unexpected development is detrimental both to Turkish judiciary system’s liability and Turkey’s reputation abroad. As Friends of Turkey who support the judiciary reforms to ensure a secure and independent justice, this last decision made us voiceless.