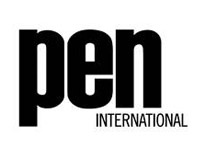 PEN International protests the life sentence served yesterday against writer, sociologist and feminist, Pınar Selek, who is accused of involvement in an explosion over 14 years ago, although she had been acquitted three times previously. The decision was also made despite the conclusions of numerous experts that the incident that took place in an Istanbul market in 1998, causing several deaths and many injuries, had been a tragic accident caused by a leaking gas canister. Detained for two and a half years before being freed pending trial, Selek is now living abroad and the hearing was in absentia. An arrest warrant has been issued against her.

The explosion happened at the Istanbul Spice Bazaar in 1998, a tragedy that led to the deaths of seven people and injured 127 others. Selek was arrested in July 1998, and then freed two and a half years later after a team of experts concluded that the explosion had not been caused by a bomb, but by the accidental ignition of a gas cylinder. Despite the findings, the case against Selek and her co-defendants continued, and in December 2005 a new trial was opened against her. This trial ended with an acquittal six months later in June 2006.

In March 2009, the Court of Appeals requested a review of the case and reversed the acquittal. This went to consideration, and in May 2009 Selek was acquitted for a second time. In February 2010, the Court of Appeals objected again, and sent the case for review once more. The lower court refused to conduct a review on the grounds that the acquittal was legitimately and fairly given, and upheld Selek’s acquittal in February 2011 for a third time. However, at a 22 November 2012 hearing, the lower court decided to drop its refusal and proceed with reopening the trial against Selek on grounds that the refusal had been ‘contrary to procedure’. The first hearing of the reopened trial was heard on 13 December at the Çağlayan Courts of Justice, with all five suspects in the case being tried in absentia.

Commentators believe that the renewed prosecution of Selek is linked to her work as a sociologist researching Kurdish issues in the mid-to-late 1990s, and to contact with the banned Kurdish Workers’ Party (PKK). According to PEN sources, no evidence has been presented that shows Selek to have been a member of the PKK or to have engaged in violent activities. It is widely believed that she is being pursued through the courts as a means of penalising her for her legitimate research and commentary. These concerns are intensified by the allegations that Selek, during her imprisonment from 1998-2000, suffered torture under investigation in an attempt to make her confess to the charges.

For more information go to:

Also to the Turkish ambassador in your country.

Celebrating 90 years of promoting literature and defending freedom of expression